We have the best writers

We guarantee you plagiarism free, well formatted, grad A+ papers!

How It Works
Order your assignment Now

Physical, social and cognitive changes in the middle adulthood

The middle adulthood developmental stage is well represented by individuals who are of ages 35 to 64. Psychologists associate the middle adulthood developmental stage with the start of the ageing process. A notable physical change for individuals in this stage include; grey hair development, the onset of wrinkles, eyesight problems and accompanied hearing loss. While these physical developments might not be rapid or intense, they often prepare the middle adults for the late adulthood developmental stage. These physical changes represent primary ageing and often include a decline in the capacity of internal organs. The heart, lungs and the digestive system, therefore, gradually decrease in efficiency over time. These developmental processes are normal and inevitable, as primary ageing occurs to individuals of any race, ethnicity or even societal class. Primary ageing, however, tends to affect women more than men, and this is evident with the normal menopause process that occurs during ages 42-51. An extensive secondary ageing process, however, often takes the course on individuals who engage themselves in unhealthy lifestyles such as smoking, drug dependence, lack of physical exercise and junk eating. Lifestyle diseases like Cancer and related heart conditions, therefore, stand out as the major causes of death for individuals in this stage of human development (Gross, 2017). Physical and Cognitive Changes in Midlife

Cognitive changes in the middle adulthood developmental stage are well represented and a remarkable change in intelligence levels during this period is notable. The Longitudinal sea study by Warner Schaie, a psychologist, studied the development of human beings from birth to death (Feeney, 2017). According to his analysis, there was an increase in the level of intelligence for individuals in middle adulthood and started to decline after the age of 65. Psychologists Raymond Cattell and John Horn researched and came to the analysis that crystallized intelligence continued to rise as people got older while fluid intelligence declines from adulthood. Individuals in middle adulthood, therefore have a hard time grasping concepts as represented by the arguments of the two psychologists. Individuals in middle adulthood are also at the peak of their careers and, therefore, have numerous responsibilities. Individuals in this age have complete control of job stress, family pressures, financial concerns and taking care of their parents in late adulthood. Individuals who manage these challenges elude confidence and show a sense of empowerment. The others who do have the capacity to handle these stresses, however, find themselves opting to rely on drugs like alcohol, as the most reliable problem-solving mechanisms. Depression in this stage is also a possibility and can significantly ruin the future of individuals who are going through it. Physical and Cognitive Changes in Midlife

How the changes impact the psychosocial stage of generativity versus stagnation

The average middle-adults are often described as unhappy, and this is closely linked to the number of responsibilities they have. A current rise in divorces is well presented in the middle adulthood stage. Social intelligence and social competence are well manifested in middle adulthood. An individual is at a more significant position to observe aspects such as mood swings and temperament in others through social intelligence and to actively communicate according to different interpersonal demands from different individuals through social competence. Often associated with the midlife crises, individuals in this stage are well presented with marital issues and also experience a sense of developing a close relationship with their children. Erik Erikson, a celebrated psychologist, came up with a theory on the stages of psychosocial development (Cherry, 2017). These stages represented personality development in different individuals from birth to late adulthood. The individuals in each developmental stage would develop a psychosocial crisis that would either have a positive or negative impact on their personality development. Generativity and stagnation exist as the seventh of the stages of psychosocial development by Erikson. Often existing in middle adulthood, it generally comprises of the need for individuals to engage themselves with projects and things that will outlast them. Most individuals in this age others find themselves engaging in activities that will lead to legacy creation. The failure to satisfy this need, according to Erikson, tends to bring a feeling of stagnation. Physical and Cognitive Changes in Midlife. With close reference to cognitive and physical changes in middle adulthood, it is clear that the successful individuals who have mastered the art of managing middle adulthood stresses and overcome them will also succeed in generativity. The individuals who, however, failed to manage their responsibilities and ended up in depression often find themselves stagnated and, thus, do not feel like they have added any value in the society. Physical and Cognitive Changes in Midlife

Challenges of individuals in the sandwich generation

The sandwich generation is easily defined as the group of individuals who often find themselves caring for both their aged parents while simultaneously taking care of their children (Burke, 2017). Numerous challenges often enclose individuals in this situation. A common challenge for individuals in this sandwich generation is that they have to create time to be available to both their parents and children. The need to take their ageing parents to specialists regularly, their children to school and other numerous activities while also attending their jobs is a challenging factor. Financial challenges are also common as their budget should cater to the needs of their ageing parents. The ageing and the children also need attention, which might be in scarcity owing to the numerous responsibilities that need the presence of the individual in the sandwich generation. Caregiving for ageing parents can, therefore, be challenging as they require the attention and care similar to that of a child. Parents in this age, therefore, often live with exhaustion and fatigue, with some of them falling into depression owing to tight financial budgets. Physical and Cognitive Changes in Midlife 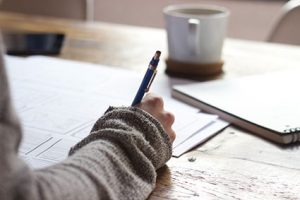 Recommendations for people in the sandwich generation

Remedies for an individual struggling in the sandwich generation includes; joining a local support group where one can share what they go through; this solution helps in relieving these individuals of the stress associated with the sandwich generation. Outsourcing some tasks such as specialized care personnel for the elderly can suffice (Pulkkinen, 2017). Talking to your boss to create more flexible work schedules and hours can significantly save time that can be converted to caregiving. Self-development and care can help an individual in comforting themselves in such scenarios. Physical and Cognitive Changes in Midlife

A notable historic change that has occurred over the years that has strained individuals in the middle adulthood development stage is the increased cost of living. Living standards have been on the rise and the subsequent increase in taxes and unemployment rates have seen a financial crisis in the lives of individuals in middle adulthood. Filled by responsibilities, most have ended up being depressed as they struggle to afford even essential amenities like housing, clothing and food. Another notable change is the increase in lifestyle diseases. Most of these diseases can be closely linked to the consumption of generic food and have seen some individuals succumbing to heart diseases and cancer. A need to evaluate these strains is necessary as it will guarantee a happier and better life for individuals in middle adulthood. Physical and Cognitive Changes in Midlife

Get Cheap Physical and Cognitive Changes in Midlife Essa y From our expert Writers.

Pulkkinen, L. (2017). Human development from middle childhood to middle adulthood: Growing up to be middle-aged. Routledge.

1. Professional & Expert Writers: Nursing Solved only hires the best. Our writers are specially selected and recruited, after which they undergo further training to perfect their skills for specialization purposes. Moreover, our writers are holders of masters and Ph.D. degrees. They have impressive academic records, besides being native English speakers.

2. Top Quality Papers: Our customers are always guaranteed of papers that exceed their expectations. All our writers have +5 years of experience. This implies that all papers are written by individuals who are experts in their fields. In addition, the quality team reviews all the papers before sending them to the customers.

3. Plagiarism-Free Papers: All papers provided by Nursing Solved are written from scratch. Appropriate referencing and citation of key information are followed. Plagiarism checkers are used by the Quality assurance team and our editors just to double-check that there are no instances of plagiarism.

4. Timely Delivery: Time wasted is equivalent to a failed dedication and commitment. Nursing Solved is known for timely delivery of any pending customer orders. Customers are well informed of the progress of their papers to ensure they keep track of what the writer is providing before the final draft is sent for grading.

5. Affordable Prices: Our prices are fairly structured to fit in all groups. Any customer willing to place their assignments with us can do so at very affordable prices. In addition, our customers enjoy regular discounts and bonuses.

6. 24/7 Customer Support: At Nursing Solved we have put in place a team of experts who answer to all customer inquiries promptly. The best part is the ever-availability of the team. Customers can make inquiries anytime.